Travel With A Smaller Carbon Footprint

A good rule for traveling from now on is, use the form with the lowest carbon footprint.

We’ve become such car and plane people. As if think that’s all there is. But if we use a little planning, we actually do have a choice. Think on it: A train uses far less energy per mile than an airplane or a car. We could travel to Cleveland or Chicago on all three. The train takes the longest and these days has an inconvenient schedule, traveling only a few day days a week and two or three times a day, but it’s by far the most pleasant, it’s reasonably priced—around $100—and an individual expends a thimbleful of carbon by comparison.

The same pluses and minuses, in varying degrees, pertain to public transportation anywhere except in big cities, which—Los Angeles excepted—have excellent public transportation. It’s convenient, easy to figure out, inexpensive compared to a taxi or ride service, pretty safe, mostly clean, and exposes you the locals, which is always interesting. It only involves extra walking to and from a station, and within a station if you’re taking a subway or a tram. What’s not to like?

Well, in a subway you’re underground, missing the sights, but the upside is speed: you’ll be whisked to your destination while your sibling, who decided to race you in an Uber, is stalled in traffic and doesn’t get to lunch until after you’re finished. (And until we are post-Covid, social distancing is easy: there are more empty seats than a Knicks game.)

The good electric times are a-comin.  New York City already has a few electric buses. Electric cars, pickups, and delivery vans will be common by 2025. A big investment in Amtrak is likely under Biden administration, which will mean more—and more efficient—trains. We’ll travel by air only for essential meetings, family events, and vacations; Internet conferences will make most in-person meetings obsolete.

Who knows, the dream of urban planners for decades—that a post-industrial society would give up cars for most trips—may be nearly here, spurred by the Covid-19 pandemic. In or close to cities, people are enjoying being able to order in, letting someone else shop and cook. Fresh Direct, Home Chef, Gobble, Blue Apron and other such services are thriving.

It’s a throwback to what markets did a century ago, when people mostly stayed close to home. Neighborhood interaction was zesty. A 21st century version of that would not be a bad thing for our carbon load or, one suspects, our psyches.  if we could only leave a few things forever behind—unchecked pollution, wanton deforestation, the era’s grotesque social injustice, and the like. Bringing the good past and glowing future together can make a pretty decent present. 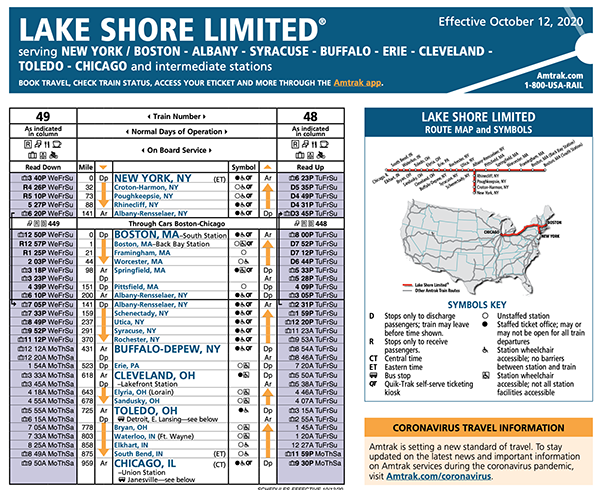