Hardly anyone thought the car industry could give up the gasoline engine. Or that an affordable electric car could ever overcome all the technological hurdles. So of course, the first electric-car brand had to be a complete outsider. Elon Musk took one huge gamble after another and most of them paid off. His company, Tesla, is now the top-valued car company1 in the world.

The first American car to chase Tesla will be a fabled Ford brand, the Mustang, but in 21st century garb: a sports-utility vehicle or SUV for short, which has grizzled pistonheads mumbling into their Budweisers. Whether or not this will be a celebrated brand-equity-deflation sensation mulled over by MBA candidates for decades to come doesn’t seem to matter at the moment: the first year’s production run of 20,000 is completely sold out. Maybe you can find one of the second year’s run of 40,000.

Volvo was the first major brand to throw over the gas engine back in 2017, and this year announced it would be all electric by 2030. Being half-owned by a giant, opaque Chinese company gave it gumption a Swedish board had notably lacked, favoring a brand based in safety features. Car companies with strong survival instincts have always kept one lookout reserved for the long view, another for exotic developments and rogue characters because that’s where the best ideas have always sprouted, not in marketing encounter groups.

But the shift away from fossil fuels is no fad or momentary cultural perturbation. Car engineers, being of scientific bent themselves, knew decades ago that the Petroleum Age would end and not with a bang but a whimper. Visionary car companies like Mercedes-Benz were exploring interesting alternatives in the 1980s such as hydrogen fuel cells. And now, with the ascendance of electric motors driven by juice supplied through a battery pack, the focus is on batteries. the winner so far is lithium ion, which Tesla is turning out in a giant factories with enough surplus for its Powerwall solar microgrid. Other makers have or want their own battery plants, subscribing to doctrinaire Car Biz wisdom: make the key stuff yourself, farm out components and accessories and control your supply chain like Mary Poppins short-leashed her brats. But wait, here comes Toyota, having pretended to disdain electric power and be working feverishly on some kind of hydrogen fuel cell that would leapfrog the battery and motor, all the while scheming to leapfrog lithium-ion technology with an innovative solid-state battery that stores more energy per mass, is more durable, weighs less, charges fully in about five minutes, and for all we know cooks the perfect omelet. (Rivals could have been following the patent trail, Toyota has been applying for hundreds.) Challenging other battery development engineers, already groggy from lack of sleep, to give their technology even more of their oxygenated blood.

So the future actually looks pretty good for electric-powered vehicles. And buying seems able to spread beyond just young, wealthy show-offs and first adopters. Many car brands have at least one available or about to arrive in showrooms this calendar year and more to come in 2022 and 2023. They have regenerative braking, which also eases wear. They are more powerful, and in a move American consumers will appreciate, performance is now specified in horsepower rather than kilowatts, which more naturally gauges the potential of the new Tesla Model S Plaid to leave a person permanently stunned as its dopamine-dosed driver applies all 1,080 horsepower at once.

And the range electric cars provide is now respectable, often 200 miles or more on a full charge. (Factcheck what you read or hear at the dealer against the U.S. Dept. of Energy’s 2021 Fuel Economy Guide.) The distribution of charging ports badly lags the growth of EV sales so far, but that will change. Level 2 units are easy to install and pay for themselves long before they need replacement. And Level 3 or Fast-DC chargers are popping up on highways. Retail store owners are catching on: those are potential consumers, lolling around waiting for enough charge to continue on their way; why not sell them a cashmere tummy warmer, a latte-latte with hexnut milk and ocean foam, a self-flattening yoga matt?

Standouts for 2021 have to include the Lucid Air, only available in the Dream Edition this year for about $170,0002. Its founder is an Elon Musk protege with experience at Lotus, the British racing group. Next year will come a Lucid for $77,000, which almost sounds reasonable by comparison. The founder was deeply involved in developing the Tesla Model S drivetrain; what he didn’t have time to get right for Tesla he says he’s done for Lucid.

The Rivian R1T and R1S are big, attractive SUVs built for off-road and on, with distinctive vertical-lozenge headlamps, starting at $67,500. It’s another new brand, but not without auto knowhow: Ford is a big investor. However, so are Blackrock and T. Row Price, both surely wanting to boast of a non-oil investment. The end result is that Rivian is well-funded. We’ll see if the off-road segment it imagines will materialize. Meanwhile, it has Amazon’s electric-truck contract, which is an order worthy of the U.S. Postal Service.

Volvo has two EVs for 2021, an entry-level crossover XC40 sub-branded Recharge for $55,000—more models under this name are scheduled—and the Polestar 2, which is built in China and seems to be aimed at Asian premium markets.

The priciest EV for 2021—and arguably the most beautiful—is Porsche‘s Taycan 4S, ranging from $105,000 to $186,000 for the Turbo, which is not turbocharged, that’s hardware for an aspirated engine, but it does have a certain ring that resonates in the gearhead cerebellum. Actually, the difference in power from base to superlux model is 402hp to 750hp, and range 225mi to a bit less for the Turbo—possibly because every now and then you might want to go from zero to 60mph as fast as you can on this planet’s solid ground short of being on a rocket sled or in a Top Fuel Dragster: 2.6 seconds. That’s two calm heartbeats. Good golly Miss Molly.

Many of these EVs qualify for a $7,500 federal tax credit, if you can use it. More compelling are the nearly zero maintenance costs for the much simpler system and savings of $1,000 a year in gasoline, based on 10,000 miles driven.

Looked at with cold rationality, reducing greenhouse gases by only switching power modes in the nation’s fleet of private passenger vehicles may be missing the point. Wrote New York Times columnist Farhad Manjoo recently, the “problem isn’t just gas-fueled cars but car-fueled lives—a view of the world in which huge private automobiles are the default method of getting around.” We also have to think differently about the types of vehicles we drive. Giant, heavy, gas-guzzling SUVs and civilian trucks have other drawbacks than disproportionate fuel use: they are harder on roads than cars, they perform poorly in high crosswinds, they engender a false sense of security in bad weather, they don’t maneuver as well as smaller vehicles, they take up more than their share of space in street parking, they are hazardous to see around for other drivers, and they cause far more damage in an accident than a smaller, lighter vehicle would. A hefty size or weight tax might be one way to reduce their numbers. Concentrated public shaming might also work.

Another efficiency trend is coming: the autonomous vehicle. Computers will drive more ably (without impulsiveness or distraction) than humans, and humans will be so removed from actual driving that many may prefer to take public transportation instead. That will be a real improvement, leaving the roads for people who love driving.

1 Why Wall Street says Tesla is worth more than a company that sells ten times as many cars and trucks says more about Wall Street speculation and gamesmanship than serious asset analysis. Nevertheless, Wall Street is right about one thing: Tesla is much better positioned for the post-oil future than just about anybody else.
2Prices are approximate, of course, and don’t include any government tax breaks, which can be substantial. Nor do they typically include sales and other taxes, which pretty much wipe out any subsidies. So in some cases these prices are dab smack on the money. 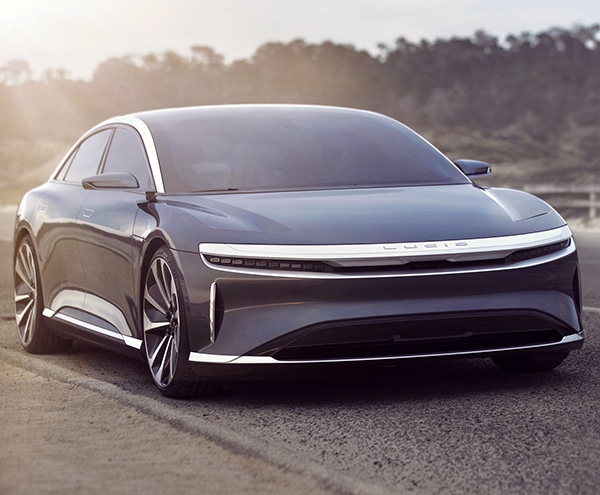 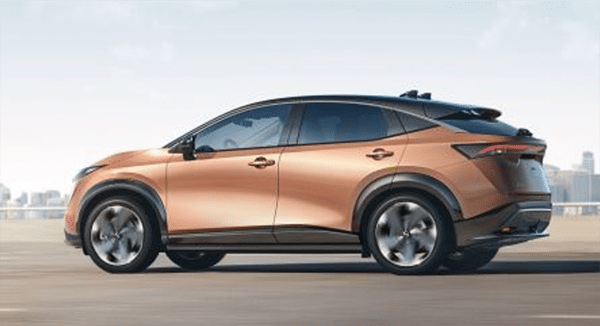 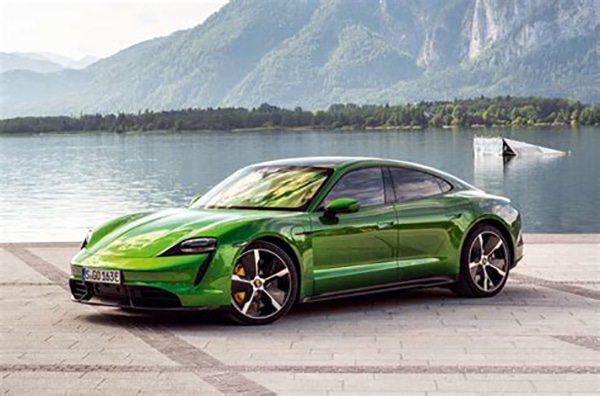 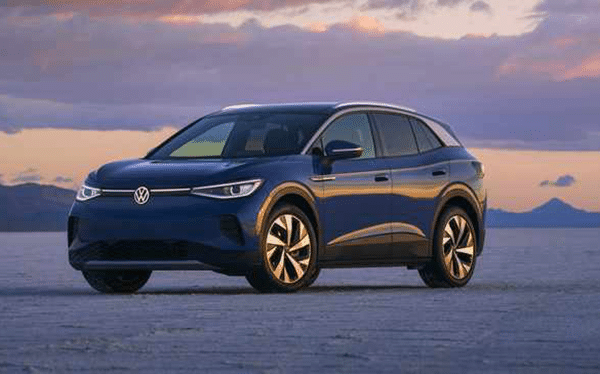