The Town of North East has been farm country since it was first settled by Europeans well before the Revolutionary War. With a variety of valley soils layered on epochs of mountain erosion and more recent glacial till, sections of level land, good rainfall, and numerous year-round spring- and mountain-fed streams, the area lent itself from the start to sizable, productive farmsteads of a hundred or more acres. They were Initially subsistence farms with some local sales of grain, poultry, beef, and pork. The coming of the railroad in the 1850s and the birth of Millerton, a station stop and siding, turned farmers into dairymen who shipped their milk either to New York City or to the Borden condensed-milk plant at the station. So it was for a hundred years or so, until trucks replaced the railroad and the count of local dairy farms fell from three dozen to the present handful.  Still, the farmsteads have remained, with empty cow barns but fields sown in feed corn, alfalfa, hay, straw, and lately barley, and some converted painstakingly to organic production.

Today, farming in North East is richly diversified, with addition of variety of modest operations that include small herds of specialty beef cattle, sheep raising for fleece and meat, cheesemaking from goats and sheep, gourmet lettuces, free-range poultry and egg farming, apiaries, orchards, and horse stables. Much of this new production is organic to NOFA standards. Their markets extend from local stands and commercial customers to some of New York City’s best restaurants.

A few of these farms are open to agritourism, with scheduled tours and certain festivals celebrated depending on a farm’s harvest and inclinations. Here’s a starter list, all within a short drive of Millerton:

Daisey Hill Farm: Family friendly with pens of farm animals for visiting, a great resource for plants of all kinds, veggies in season, the best eating corn in the area, pumpkins and gourds in the fall, wreaths and greens and trees for the holidays: website

Rocksteady Farm & Flowers: Focused on weekly community-share agriculture (CSA) from its own harvest and that of neighboring farms, Rocksteady is a cooperative farm dedicated to social justice and sustainable agriculture. Has programs. website 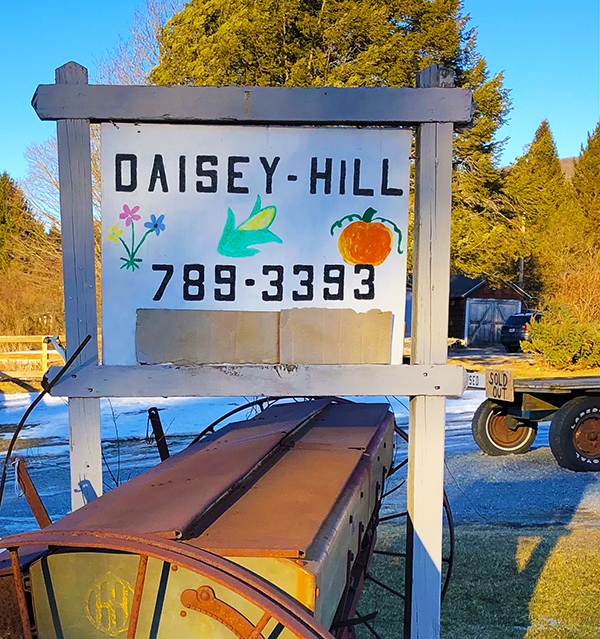 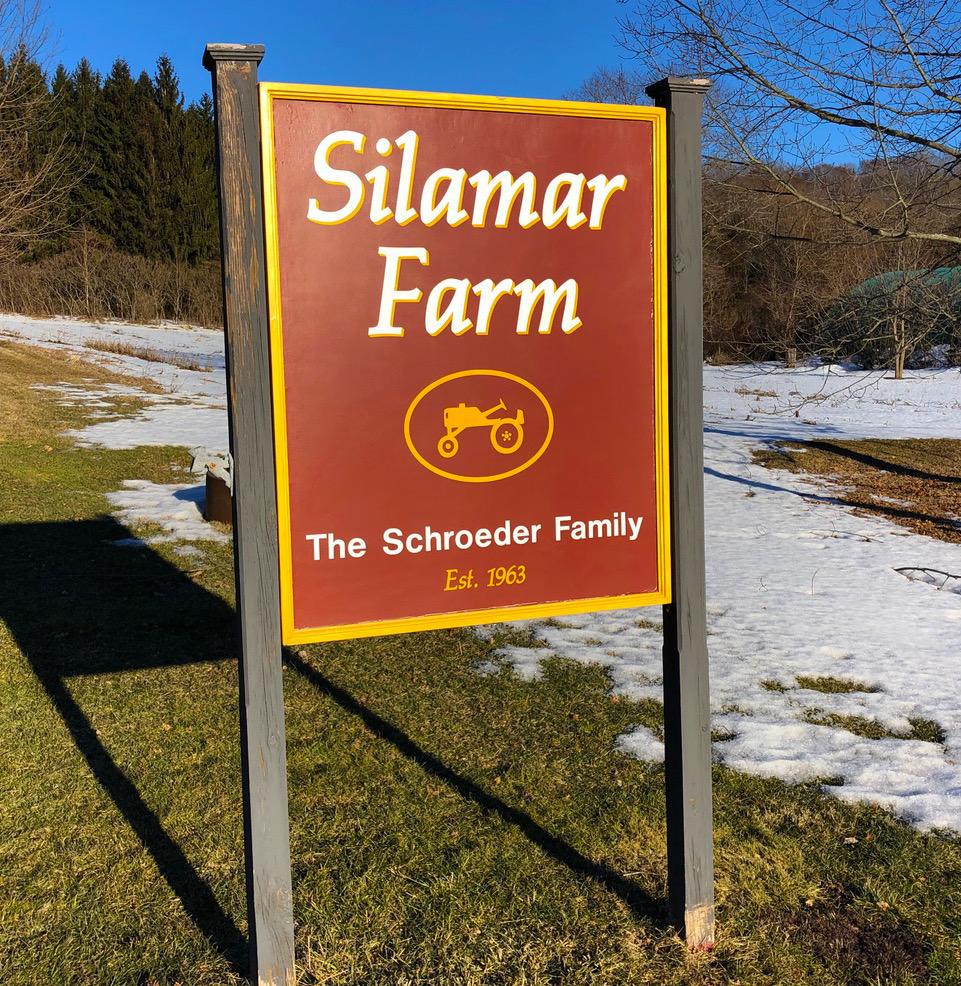 Books About Nature and Humans

We offer seven categories: Core Curriculum, Near Classics, Local and Specific Interest, How-To,  Young Adult, and Children, and Novels (a few classics, all thumping good reads). These should hold you through the next coronavirus pandemic. Many of them are stocked by Oblong Books and Music in Millerton. Should a book not be in on the shelf, the friendly folks there will order for you. The store also takes phone orders for outside pickup at 518-789-3797, and online purchases at oblongbooks.com. Shop local!

John McPhee is the best nonfiction writer of this era. Much of his oeuvre takes on the outdoors and—sign of his continued relevance—stays in print. His work is observational: he hikes, fishes, canoes, hitches rides aboard ships, a coal train, and a geologist’s pickup truck to absorb his subject and what his expert companions, his Virgils, have to offer.

First try a collection of his shorter pieces, such as Table of Contents or Giving Good Weight. His great book about Alaska is Coming into the Country. For a spellbinding book-length discussion of economic development versus environmentalism in the person of David Brower—one-time head of the Sierra Club and founder of Friends of the Earth—and several worthy foes, read Encounters with the Archdruid. For 660 breathtaking pages about rocks—well, geology and the folding of time in North America’s surface layers—get Annals of the Former World, a Pulitzer-Prize winner. The epic effort was initially presented in five long New Yorker pieces and then books: Basin and Range, In Suspect Terrain, Rising from the Plains, Assembling California, and Crossing the Craton. Another subject of McPhee’s environmental interest has included the Hudson River shad run.

Wendell Berry, The Unsettling of America (1977)

The book started the backlash against industrial pollution and, let’s face it, government-sanctioned ecocide. It is eloquent, scrupulously observed, compelling, and still fresh as a country spring morning before the DDT plane arrives.

James Hansen, Storms of My Grandchildren (2009).

That rara avis, an activist scientist, Hansen was among earliest and most persistent voices declaiming the reality of global warming. He first warned Congress in 1988. When on this book tour, he came to Cary one Friday evening. His great enemy is “business as usual.” The boys in Dallas and Houston have spent zillions trying to silence him and make him look bad. He’s still out there, publishing original science, and these days raising support for a carbon tax.

Probably the world’s first exploration of ecology—at least since antiquity. This unassuming collection of essays about the natural world of Sauk County, Wisconsin introduced the notion of “land ethic” and is an uncontested gem. It should be a one-week course in every middle school throughout the world with field work and an assigned paper.

The author’s account of his 1973 quest in the Himalayas for a sighting of this famously elusive creature and his own spiritual growth through the study of Zen Buddhism. Only one photo of the smoke-colored cat had ever been taken before their journey: in 1970 by zoologist George Schaller, Matthiessen’s companion throughout the Tibetan Plateau (above). In fact, most of Matthiessen’s work, fiction and nonfiction, closely renders and considers the natural world.

Our most eloquent voice on the urgent subject of global climate harm, McKibben has written a dozen books, most recently and imperatively, Falter (2020). This is his first.

Quammen’s through-theme is evolution; here and in more recent books he explores what we have control over and what is preordained in our genes.

Bill Bryson, A Walk in the Woods: Rediscovering America on the Appalachian Trail (2006)

Jared Diamond, Collapse: How Societies Choose to Fail or Succeed (2005)

Naomi Klein, This Changes Everything (2014)

There have been five so far, most of them catastrophic; The New Yorker‘s superb science journalist finds evidence we are in the sixth, but it won’t be the worst (except for us).

How a handful a scientists, bought and paid for by death-dealing industries, obscured the facts, embedded counter narratives, successfully planted doubt when the scientific consensus was as close to certain as science gets, and set back the cause of dealing rationally with global warming by a quarter of a century or more.

Michael Pollan, The Botany of Desire (2001) among several high-caliber investigations of humans and their natural environment.

Suzanne Simard, Finding the Mother Tree: Discovering the Wisdom of the Forest Knopf (2021)

William Stoltzenburg, Where the Wild Things Were (2008)

A leading biologist, world’s leading ant authority, champion of biodiversity, and author of more than 30 books, Wilson describes how his deep interest in social animals and their communities was stirred and evolved.

All about New England stone walls.

An esteemed Cary Institute scientist’s summary statement of a career studying and teaching about northeastern forests, their resiliency, and the mostly deleterious effects humans have had and are having on them, from deforestation and acid rain to anthropomorphic climate warming.

Tim Flannery, The Weather Makers: How Man is Changing the Climate and What It Means for Life on Earth Grove Press (2005)

Most railroad histories are penned by academics; Grogan was a railroad man who spent much of his life on the Harlem. His appreciation is deep and his archival intake vast. Trains buffs will wallow in the detail. (Where oh where is E.M Frimbo?) Almost too many photographs to count.  It’s out of print, alas, but available through your library.

Donald W. Fisher, The Rise and Fall of the Taconic Mountains Black Dome (2006)

This happened not once but several times, and they’ve been mightier than any Roman Empire. Persuasive.

David L. Strayer, The Hudson Primer: The Ecology of an Iconic River University of California (2012)

The famed ecologist, author, and lecturer describes the life of oaks, and the lives they enable, month by diverting month, then how to plant one and which species will thrive on your property.

Valerie Trouet, Tree Story: The History of the World Written in Rings Johns Hopkins U. Press (2020)

A Nobel-Prize-winning physicist and MIT professor tries to knit it all together, and along the way provides much erudition and elucidation, deflates a few profundities and misapprehensions, and helps the casual stroller in the halls of science ponder a few imponderables.

David Pogue, How to Prepare for Climate Change Simon & Schuster (2021).

Pogue is the credentialed how-to guy with the hokey sense of humor. He wrote an electronics column for the Times before he realized is true medium is video, such as Nova, for which he’s done dozens of programs. This guide benefits both from the concision required of TV Pogue’s urge to explain. It touches on just about everything you should think about to be resilient in the coming climate catastrophe, including where to move if your local digs start to make you feel like a sitting duck.

Celebrate the innovation and science that helps turn your food waste into green energy. See how food scraps are composted, collected, and processed, transforming trash into biogas and electricity. It’s a green machine! It’s a celebration of sustainability and the important role we humans play in the energy cycle.

Old Enough to Save the Planet by Loll King.

Greta Thurnbrerg is not alone. Meet twelve young activists from around the world who are speaking out and taking action against climate change. Learn about the work they do and the challenges they face, and discover how the future of our planet starts with each and every one of us.

We Are Water Protectors by Carole Lindstrom, illustrated by Michaela Goad

The Mess That We Made by Michelle Lord

A cumulative tale that portrays the impact of trash on the ocean and on marine life, and invites young readers to take steps to save our seas.

The Forest Man: The True Story of Jadav Payeng by Anne Matheson

This is the true story of how one young boy dedicated his life to creating and cultivating an expansive forest that continues to grow to this day. In a world impacted by climate change, Jadav Payeng’s inspirational story shows how one person’s contributions can make a difference in helping to save our environment.

Explores the life of one lighthouse as it beams its message out to sea through shifting seasons, changeable weather, and the tenure of its final keeper.

Wolf in the Snow by Matthew Cordell

When a wolf cub and little girl are lost in a snowstorm they must find their way home.

When Kitten mistakes the full moon for a bowl of milk, she ends up tired, wet, and hungry trying to reach it.

My Friend Earth by Patricia MacLachlin

Readers of all ages will pore this spectacular book. Its enticing die-cut pages encourage exploration as its poetic text celebrates everything Earth does for us, all the while reminding us to be a good friend in return.

The Lorax by Dr. Seuss

TC Boyle, Friend of the Earth

Cherie Dimaline, The Marrow Thieves (YA)

Garbriel Garcia Marquez, Love in the Time of Cholera

Thomas McGuane, Ninety-Two in the Shade

If we’ve forgotten anything, if you have a recommendation, or if you think a book in our list should be praised or dropped, please let us know via email to climatesmartmillerton@gmail.com.